This post is part of a 2 part series where I tell all that happened when my wife and I got to workout with the man behind P90X, Tony Horton. In case you missed the first post, here is the link to it- Tony Horton.

So the workout continues…

We did a workout where we worked our upper, middle, and lower muscles; it’s a UML workout as Tony Horton likes to call it. One of the leg workouts that I can remember that we did was the Mary Katherine. Tony Horton introduced the exercise as an “Old friend that he is very close to. Her name was Mary…Mary Katherine.” Of course we had to take it up a notch so we did about 50 or so reps. He also started talking about another old friend that he was very close too. His name was “Fifer, Fifer Scissor.” With the Fifer Scissor instead of leaning back as you typically do in P90X, Tony Horton had us sit up (in a V position) with our arms forward as we did the Fifer Scissor. It was freaking painful, but I make sure to BRING IT and I did it without stopping. 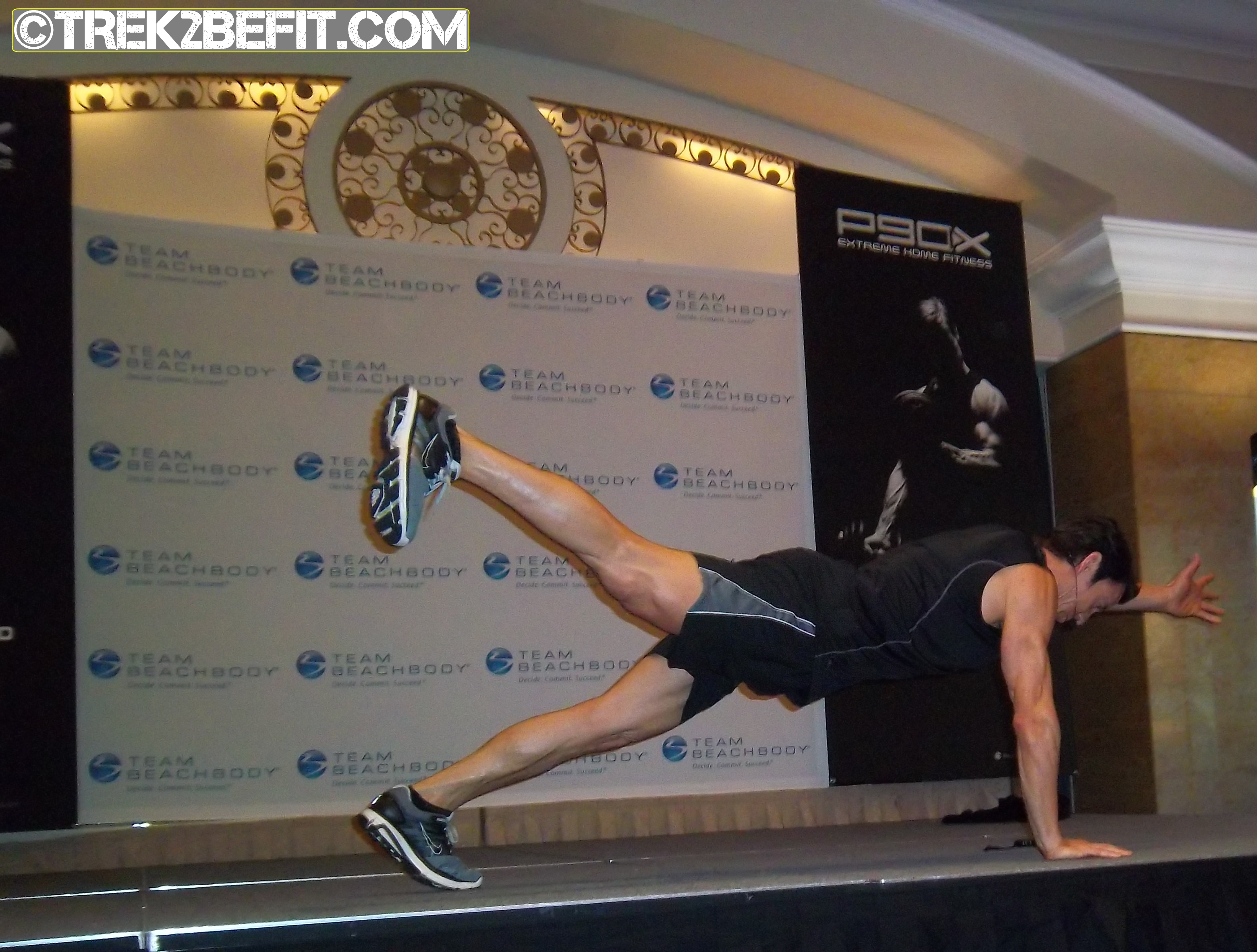 Another ab workout that we did that was from P90X was the Oblique V-Up. During the Oblique V-Up when your legs and torso are up, Tony Horton had us hold that in the up position for about 5 seconds or so every rep! By the time we got to that exercise my abs were killing me, but I wasn’t about to stop or let Tony Horton see me rest. We then eventually made it to the last exercise and we of course had to finish off strong!!! Tony Horton started talking about one more good friend that he has. His name was “Mason….Mason Twist.” He told us that we were going to have a Mason Twist Twist off. We were going to do the Mason Twist exercise but we would go as long as we could go. Once we stopped or our feet hit the floor we were supposed to stand up and cheer on whoever was left.

That was an incredible moment because as people started standing up to cheer the remaining people on, the room was filled with an enormous amount of excitement for those who where still going. There ended up being 2 people left, a guy and a girl. They both were killing it and I think they finally stopped about 4 minutes or so after we started-

We finished the main workout and then we did a stretch and a little yoga. The yoga was nothing like Yoga X, we just did some light moves to cool down and we finished off in the Shavasana (Corpse Pose). While we were in the Corpse Pose, Tony Horton had us all do Oms (I think that’s how you spell it) together as group. Doing Oms with over 300 people was a little disturbing! :-) We were all on different keys so it sounded pretty bad and Tony Horton made fun of us for that. Lastly, Tony Horton had us do a Primal Scream (I think that’s what he called it). He told us all to yell as LOUD as we could at the same time while we were in the Corpse Pose. We did that twice and it was surprisingly very liberating!

So the workout was over, but it was now time for us to meet and shake hands with Tony Horton. Everyone quickly rushed to grab their things and we all lined up. Luckily, I had Jen there with me so we tag teamed it and I grabbed our stuff while Jen got in line. We were pretty far up in the line so before we knew it we were on stage shaking hands with Tony Horton, snapping photos, and getting our books signed. It all happened so quick and as soon as we met Tony Horton we were leaving the hotel. Despite it happening so quickly, getting a chance to shake hands and say a few words with the man himself was an awesome experience and something that Jen and I will carry with us for a long time! 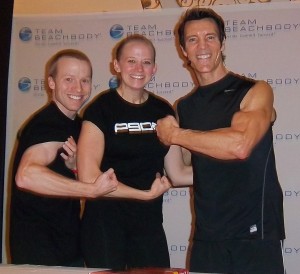 I hope you enjoyed reading through this post! I also did want to mention that Jen and I are actively looking for people to join our team of Beachbody Coaches. One of the perks to being a Beachbody Coach is being the first to find out about events like this. We also got to go for free (the general public had to pay $20). If you are looking to get fit and healthy (or are already fit & healthy), you want to truly make a difference in the lives of others all while earning an income, then go here for more information – Beachbody Coach.

Have a GREAT day and during your next workout as Tony Horton would say, “BRING IT!”